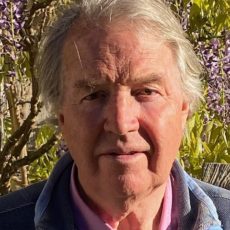 Simon was the Honorary Secretary of the London Maritime Arbitrators Association for over four years. In this capacity, he advised on and lectured about a wide range of issues which arise under the Arbitration Act 1996. He is a barrister with over thirty years experience of arbitrating and litigating shipping cases. He was counsel in a number of leading shipping or arbitration cases. He appeared as counsel in a number of wreck inquiries. He practiced from what is now Quadrant Chambers and served as the deputy head of those chambers for a number of years. He is now a door tenant of those chambers.

Before qualifying at the bar, he had 5 years experience in the shipbuilding industry both in the UK and overseas. After retiring from practice, he was appointed chairman of a shipping group, and was responsible for instituting a programme of rationalization of the group. He has over 11 years of judicial experience as a recorder of the crown court, as deputy admiralty registrar, and an assistant boundary commissioner. He is a trustee of a number of charities including the Incorporated Council of Law Reporting. He is the general editor of Marsden - Collisions at Sea. He is a member of the Baltic Exchange. He is also a visiting professor of law at Newcastle University.
Contact