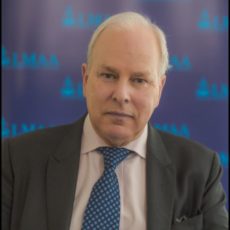 back to list
Clive Aston
MA (Cantab)
Full Member, LMAA Committee
Professional Practice
Clive Aston was President of the LMAA from 2014-17.Clive studied Law at Trinity College, Cambridge where he was awarded the Lizette Bentwich Prize for Law.

After obtaining his degree at Cambridge he qualified as a Barrister-at-Law. Rather than practise at the bar, he went directly into the shipping field, working at a leading P&I Club between 1979 and 1988 where he managed the Freight, Demurrage and Defence class of cover and the Greek P&I syndicate at the Club.

In 1988 Clive established his own maritime consultancy practice. At the same time he began accepting arbitration appointments and has since acted as arbitrator in a wide range of maritime and commercial disputes. As well as being President of the LMAA from 2014-17, Clive has had several separate spells as a Committee Member of the LMAA and in these capacities has travelled widely on behalf of the LMAA and made many presentations on all aspects of LMAA arbitration.

Clive also accepts appointments from arbitral institutions and is available for hearings outside London.
Contact