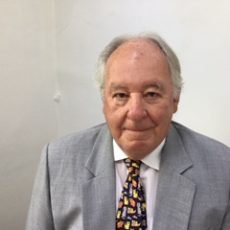 back to list
Timothy Rayment
Full Member
Member of The Baltic Exchange.

After 4 years at the Nautical College Pangbourne I entered the Merchant Navy at the age of 17 in 1958. I served as a deck apprentice with Port Line for three and a half years and a further six months as Fourth Officer. Port Line operated a fleet of refrigerated and part dry cargo vessels plying their trade between the UK and Europe to Australia and New Zealand carrying general and bulk cargoes outbound and refrigerated, wool and general cargoes homebound. In 1961 I obtained my Second Mates Foreign Going Certificate. I therefore have considerable sea going experience, latterly as a deck officer, which I find invaluable when it comes to considering the many varied matters placed before me in arbitration.

After leaving the sea, I worked as a chartering and sale and purchase shipbroker for one year with McGregor Gow & Holland (part of Ocean Group) on The Baltic Exchange before joining London & Overseas Freighters ("LOF") in 1967 in the same capacity and I remained there until the end of 1978. LOF operated a fleet of bulkers, ore carriers and tweendeckers and I was responsible for employing the fleet and was also involved in sale and purchase matters.

In 1979 I formed Hayman & Rayment Ltd and we were involved in all aspects of shipbroking including chartering, contracting, sale and purchase and newbuildings of all types of vessels, both tankers and dry cargo. During that time I personally was involved in many arbitrations and court proceedings giving evidence and opinions as an expert witness. All this experience led to me commence work as an arbitrator in 1991.

Additionally, I have been sitting as a Magistrate at Richmond-upon-Thames Magistrates' Court since 1989 retiring in 2011 and despite a busy arbitration practice, I was able to commit time to this type of community work which, like arbitration, involves making decisions on many different issues.
Professional Practice
JP
Contact