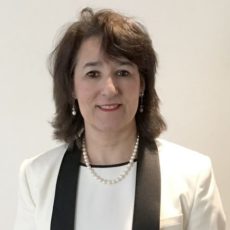 She has over 1000 arbitral appointments, with references under the auspices of a range of Terms, including LMAA, ICC, LCIA, SCC, FOSFA as well as ad hoc. Sarra is appointed in all roles – as party-appointed, Chair or Umpire.

Sarra was originally a solicitor, practising at Clifford Chance for 20 years until 2007. After a short time at Holman Fenwick Willan, Sarra then moved in-house to JPMorgan Chase & Co between 2008 and 2015, where as Managing Director and Assistant General Counsel, she headed the Europe, Middle East and Africa legal team of the global JPMorgan commodities business, covering international commodities (physicals and derivatives), banking and financial services from a dispute resolution, transactional and advisory perspective.

In 2013, she started accepting arbitration appointments. She became a full time commercial arbitrator from July 2015 when she became a Full Member of the LMAA.

Sarra is a Member of the London Metal Exchange Disciplinary Panel and a P.R.I.M.E. Financial Dispute Resolution Expert.

She has been admitted to the Freedom of the Worshipful Company of Shipwrights.