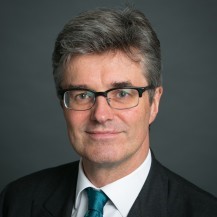 back to list
David Owen QC
Full Member
David Owen QC is a full-time arbitrator and mediator, with over 30 years of experience of arbitration, mediation and litigation in the maritime sector.

He began in practice in 1983 at 20 Essex Street Chambers, where he spent his career as a barrister. He was appointed as a Queens Counsel in 2006. He is a Fellow of the Chartered Institute of Arbitrators, and was accredited as a mediator in 2002.

He is regularly appointed as a Chairman, panel member and sole arbitrator in a wide range of disputes. In addition to references under the LMAA rules, he has been appointed under the rules of the LCIA, SIAC, SCC, NAI and UNCITRAL, and in many ad hoc references.

He also has experience of banking/financing disputes, including cases concerning freight derivatives and financing in the maritime sector.

Since being accredited in 2002, he has regularly acted as mediator in England and abroad, and has handled many maritime mediations. He has carried out advanced mediator training (MATA 2006, 2011), and he assesses mediators in England and elsewhere.

For many years he was a joint editor of MacGillivray on Insurance Law.
Professional Practice
MA (Oxon), FCIArb
Contact