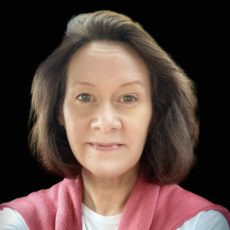 Daniella began her career as an English qualified solicitor, specialising in shipping and international trade from qualification. After 9 years in private practice in London, predominantly advising the marine insurance market and P&I clubs, Daniella moved into an inhouse counsel role for a further 8 years, before continuing to provide advice on a consultancy basis to owners, charterers and traders.
Although always based in London, Daniella has operational experience in South Africa, The Netherlands, South Korea and Ukraine.

In her inhouse role, Daniella was retained by a trading group which produced, sold and shipped bulk cargoes, in particular coal, iron ore and steel. Daniella provides the group with advice on all aspects of shipping and trade, in particular charter party, bill of lading and trade contract issues related to their 500+ fixtures per year.

Daniella has particular expertise in fixture, operations and post-fixture aspects of time and voyage charterparties, contracts of affreightment and bills of lading, sale, purchase and carriage of bulk and bagged cargoes, Black Sea shipments and carriage in ice conditions.

Daniella became Honorary Secretary of the LMAA in 2015. In that capacity, she has presented papers on a range of arbitrating issues at various events which have taken place in Europe and Asia and provided guidance on a large range of questions which have been addressed to the LMAA office.