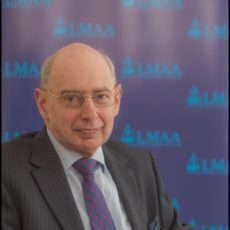 back to list
David Martin-Clark
BA(Hons)(Oxon), FCIArb
Full Member
Professional Practice
After obtaining a degree in law and qualifying as a barrister, I had a commercial career with Thomas Miller in the City of London, where I was engaged, in particular, in the management of the UK P&I and Defence Clubs and the TT Club. I served as Chief Executive and then as Chairman of the Miller group and was a Director of its regional subsidiaries. I was resident in Hong Kong for some years.

After leaving Millers, I became an Associate Member of Stone Chambers in Gray's Inn, London, and developed there an arbitration and mediation practice. I left Stone Chambers in March 2016 and now conduct my practice from my home address in Wallington, Surrey

I am a Chartered Arbitrator and a Fellow of the Chartered Institute of Arbitrators. In addition to arbitrating in London, I arbitrate in Hamburg, as a member of the German Maritime Arbitrators Association and in Singapore, as a panellist of the Singapore International Arbitration Centre and of the Singapore Chamber of Maritime Arbitration. I am also a panellist at the Hong Kong International Arbitration Centre and a member of the CMAC in Shanghai.

I work also as a mediator, specializing in commercial disputes. I am accredited by CEDR (Centre for Effective Dispute Resolution, UK)

My fields of practice include disputes under charterparties, bills of lading, terminal operating contracts, sale and purchase and ship-building contracts, commodity contracts, container leasing contracts and policies of insurance and reinsurance.

I am a member of The Baltic Exchange.

In addition to my arbitration and mediation practice, I work as a consultant in the shipping and insurance industries. I have had experience as a director of a shipowner's captive hull insurance company and of bolero.net
Contact